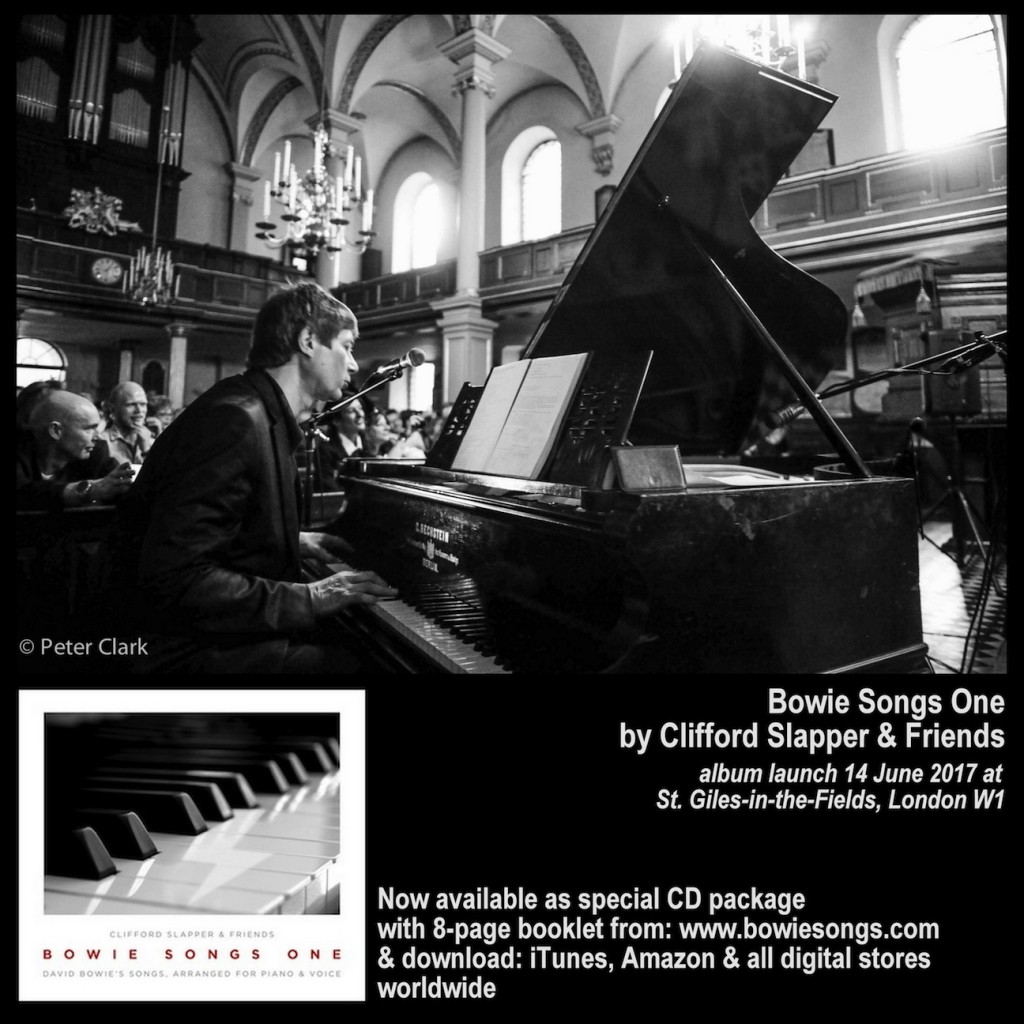 This week’s launch concert, press night & party for new album, Bowie Songs One, could not have gone better. 250 people gathered in the beautiful old “Poet’s Church” at St. Giles in the heart of London, on David Bowie’s 1960s stomping ground of Denmark Street (Tin Pan Alley). The singers from the album each stepped up to the grand piano on the stage, one by one, to deliver breathtaking performances of these great songs. We celebrated the genius of Bowie’s songwriting. We ate, drank and made merry for a couple of magical hours, followed by a later party, with more live music, at the nearby Phoenix club. I am deeply grateful to my dear friends, these very special vocalists, who shared my passion for this project enough to come on board and give their all to it. Producing this album has been a long and sometimes hard journey, but is a true labour of love. I was in seventh heaven playing these songs with these singers. Huge thanks also to the many others who helped: the numerous supporters in last year’s crowdfund which helped raise production costs, all at Red Engine for helping with videos, PR and providing the crew for the event, the caterers (Ruth & Debbie’s Deli), the sound engineer Andy C and album mix engineer Andy McD, designer Nick Raven, legendary mastering engineer Pete Maher…and so many others just too numerous to list! The album is now getting on the map, slowly but surely. There are many great photos and videos from the launch night, which I will be posting in due course. Apologies to the singers for this first photo being of me and my piano rather than them, but it was simpler than working out which singer or singers to feature in this photo! And finally, the positive reviews and tributes to both the album and the launch have been pouring in. This one from today is typical:
“Listening to ‘Bowie Songs One’ on headphones for the first time. Wow! To say I have been blown away is an understatement. Your arrangements and piano playing are exquisite. The song selection and choice of singers is impeccable. It makes you realise what great songs they are. Bowie would have loved this album. Thanks for creating it, Clifford.” David S.
Moving forward, I am already working on gathering more singers for Bowie Songs Two. 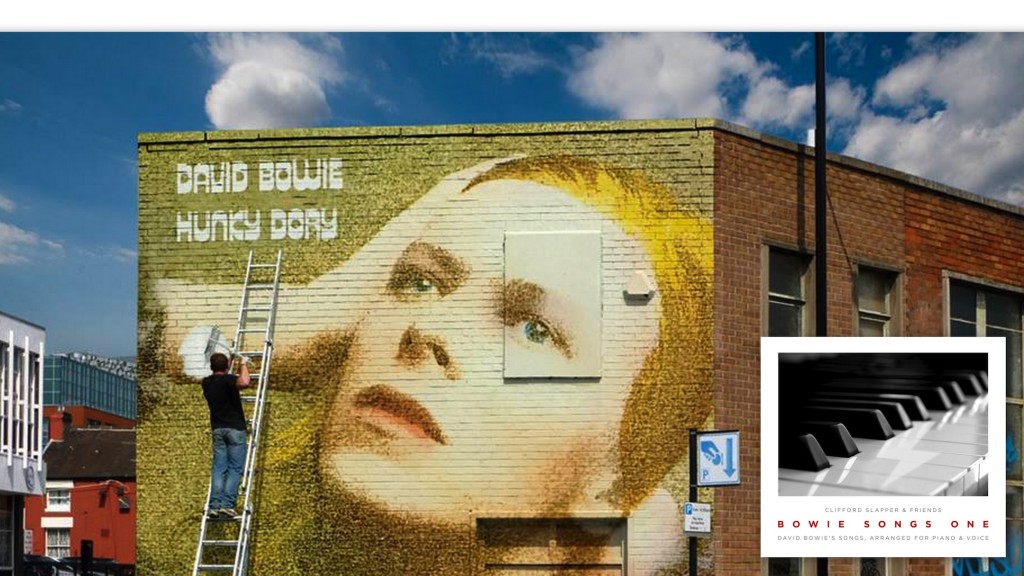 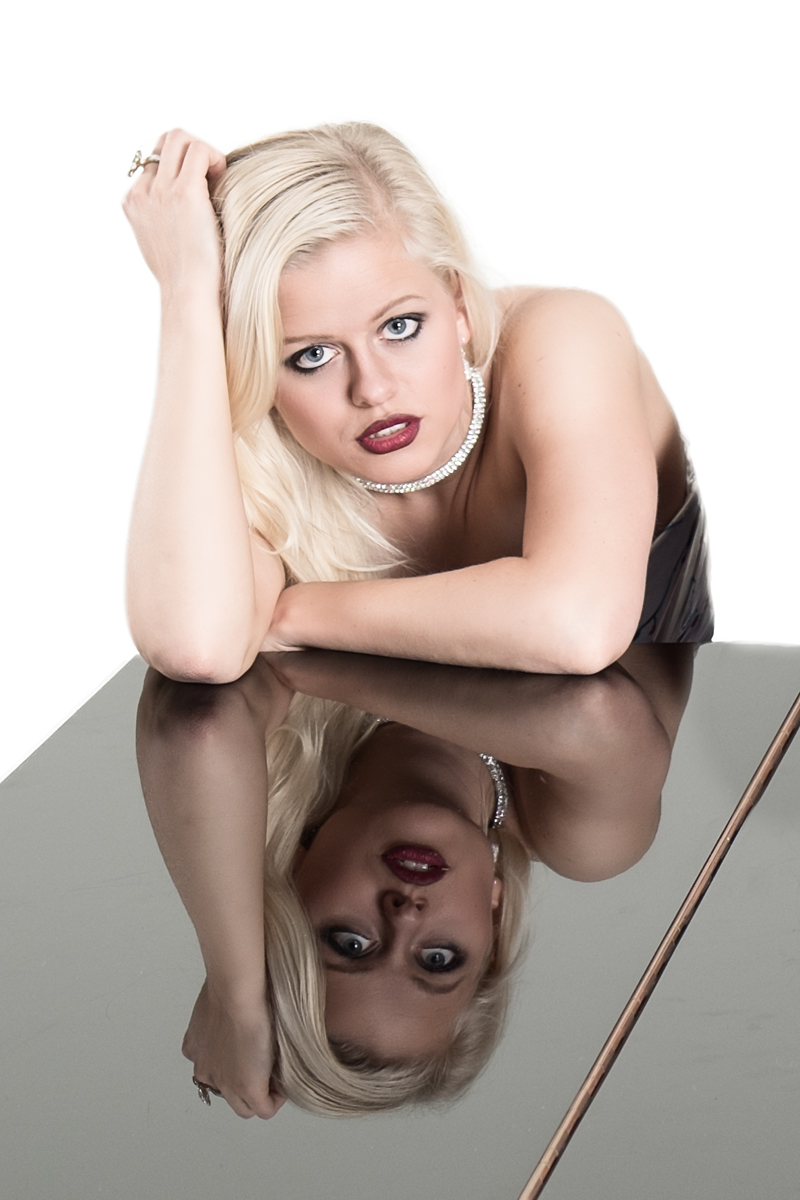 ★ IAN SHAW sings “Drive-In Saturday” on BOWESONGS1: “Best Jazz Vocalist” at the BBC Jazz Awards in 2007 and 2004, and nominated in the Best UK Vocalist category at the JazzFM awards in 2013, Ian Shaw has already amassed a number of highly acclaimed internationally released albums and is a popular performer both in the UK and the US. He has been cited, along with Mark Murphy and Kurt Elling, as one of the world’s finest male jazz vocalists. 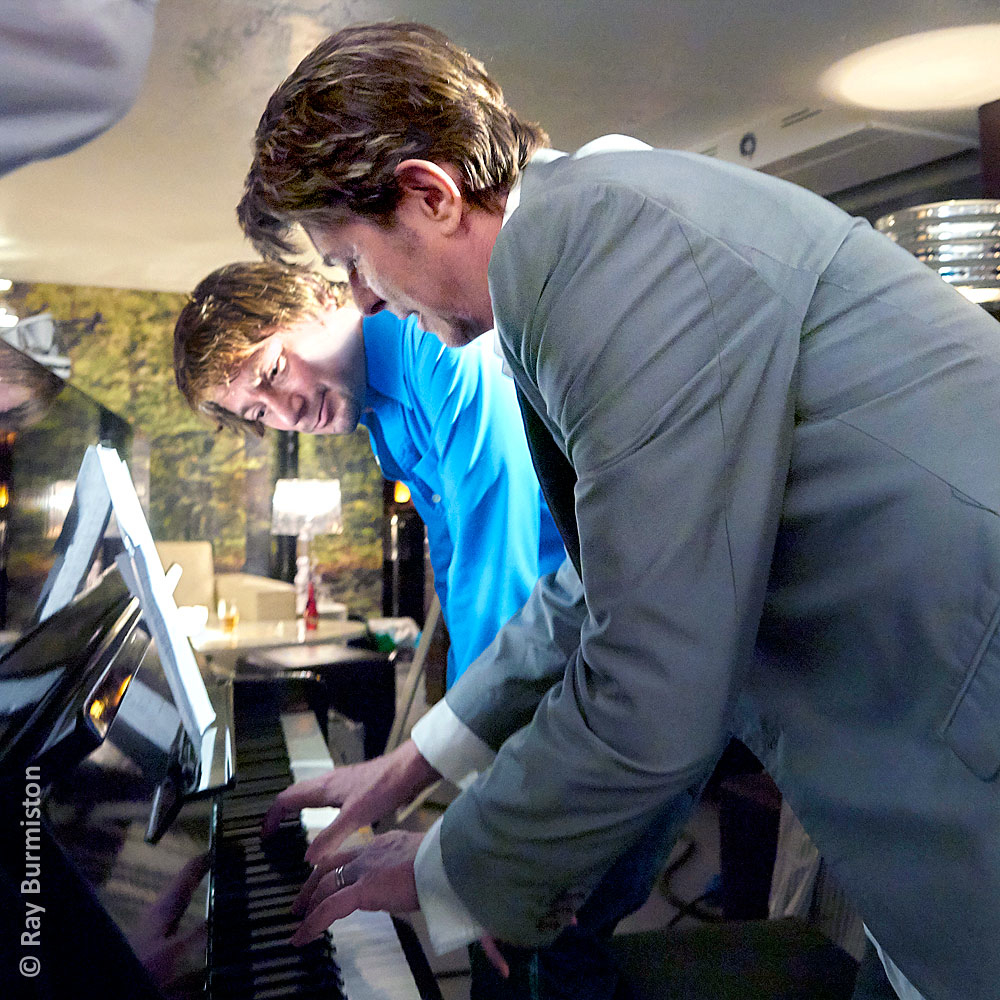 Clifford Slapper at the piano with David Bowie in 2006

BOWIESONGS1: new acoustic interpretations of the songs of David Bowie